Salesforce has a bunch of rules that can be defined on objects and fields. For example, you can define validation rules, workflow rules, process builder, flows, assignment rules, escalation rules, auto-response rules, triggers etc.


When you save a record with an insert, update, or upsert statement, Salesforce performs the following events in order.


Order of execution is a set of rules that describe the path a record takes through all automations and the events that happen when you save a record with an insert, update, or upsert statement.


Here is order of execution in salesforce 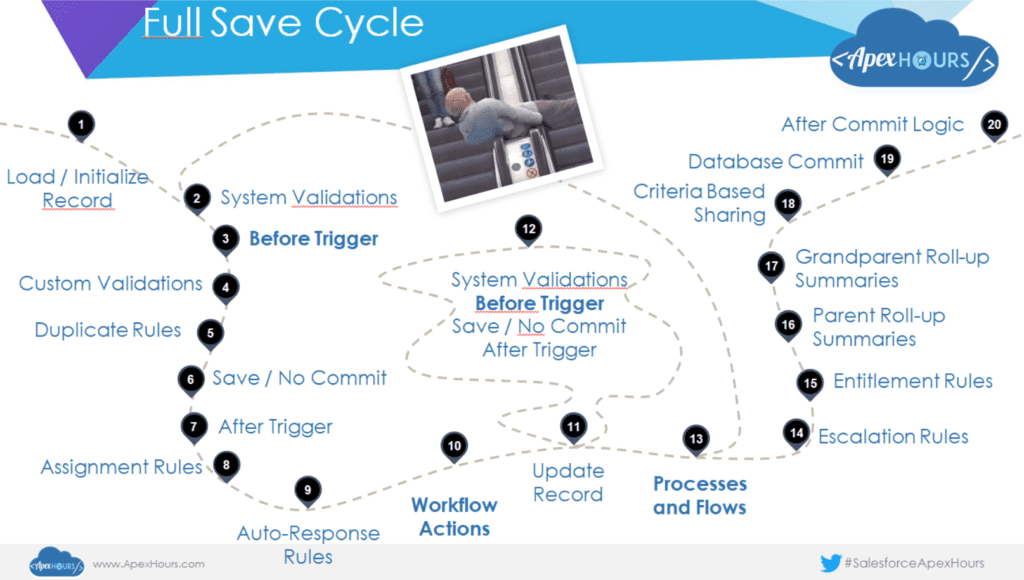 
When a DML call is made with partial success allowed, more than one attempt can be made to save the successful records if the initial attempt results in errors for some records. For example, an error can occur for a record when a user-validation rule fails. Triggers are fired during the first attempt and are fired again during subsequent attempts. Because these trigger invocations are part of the same transaction, static class variables that are accessed by the trigger aren’t reset. DML calls allow partial success when you set the allOrNone parameter of a Database DML method to false or when you call the SOAP API with default settings.

Let's us see some technique to remember the rules in a simpler way : Lets us have a look over the control flow of how this order of execution works: